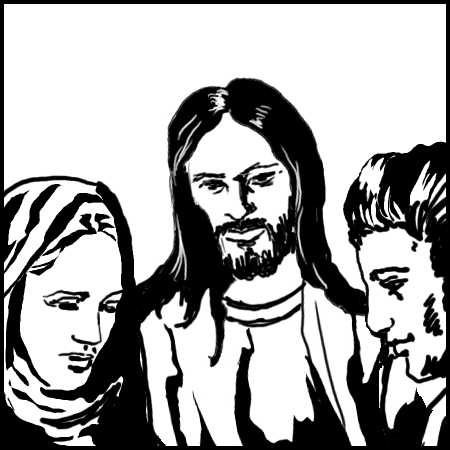 The Hebrews of old considered correction as a mean of moral education. They believed it was necessary for parents to discipline their children. Scripture lies in the context of Judaism. Therefore, in the Book of Ezekiel, God reminds the prophet of giving warning to Israelite individuals. The Gospel tells us to follow a three-step method of fraternal correction.

Correction of others is a duty and responsibility of the chosen people in the Old Testament as the Book of the prophet Ezekiel tells us today: If you do not speak out to dissuade the wicked from his way, the wicked shall die for his guilt, but I will hold you responsible for his death (Ez 33:8). That means we are held responsible partly by our silence. Christian love means we should remind others, especially those under our care such as children and students, of their wrongdoing. If our time and culture are ones of broad permissiveness, then people do not take correction seriously. Living in a culture, which extols individualism, people do not want to correct others, but let them alone. Living in a society of which culture is sensitive, or living in an era of which culture has become sensitive, then correction would hardly be accepted.

As for those who are touchy or thin-skinned, then we have to be careful when we correct them even in a constructive way, for fear that we might make their hair stand on end. If so, then on the spiritual level, there would be no spiritual growth for the offender. The offender would have no chance to become perfect as Jesus wants his disciples to be perfect (Mt 5:48).

The correction is so necessary that the faithful should not wait until he/she becomes perfect in order to do the correction. Those who are corrected must understand that the one who does the correction also has faults, but when seeing others do something wrong, he/she have obligation to remind others of their wrongdoing. Only when we allow ourselves to be given a good dressing down, can we be eliminated from dirt. One of those things that is hard to say in the human relation is to tell others what they do not want to hear.

If in the family, parents always defend their children since childhood, then later on in life, their children would have a tendency not to admit their wrongdoing, but always find ways to justify what they do, no matter how wrong they are. If at infancy, a child was praised instead of being dissuading from doing something wrong - for instance from taking something from others for personal use – then later on he/she may develop that bad habit.

We often heard silence is gold. However there are cases when silence means condoning for wrongdoing. Thus, correction is not an easy task. It is possible for the one who corrects, to lose friendship, and for the one who is corrected, to lose face. Therefore, those who do the correction need to do it in a tactful way and in a spirit of charity and to pray for the grace of wisdom in their correction. In today’s Gospel Jesus tells us, in order to admit our wrongdoing, one must learn how to listen. So today let us pray according to the Responsorial Psalm: Oh, that today you would hear his voice: Harden not your hearts (Ps 94:8).

A prayer to accept corrections:

O Lord, my God, you are all good and right.

We thank you for showing us your way:

the way of goodness and righteousness.

You also teach us to correct one another.

Give me a humble spirit

to admit my weakness and sinfulness

so that I may open myself to correction.

May I realize that to be perfect is your command. Amen.