13 Sun. A: Doing things for the glory og God 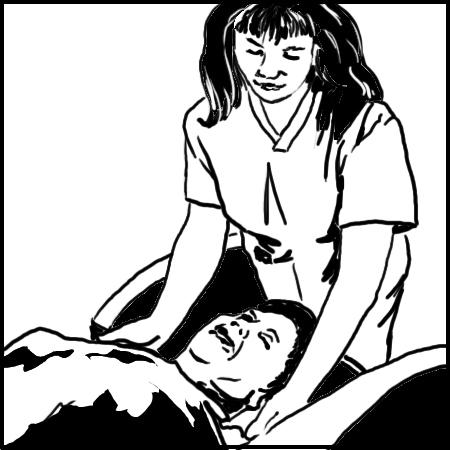 Introduction: This is a homily/Scripture reflection in a book, titled: ‘Every Week God Speaks We Respond’, Cycle A, intended to be published in the future by Reverend John Tran Binh Trong. It was published in Vietnamese in the US 2008 and republished in Viet Nam 2011.

To keep the author’s writing style, this homily has not been edited and may not be by a hired hand. However, if readers would like to point out mistake(s) in spelling and grammar and/or to suggest English phrases and expressions, it would be greatly appreciated by the author, whose English is not his mother tongue and who did not live in the US until his adulthood. Passive sentences are used intentionally in this context as to avoid using the first personal pronoun ‘I’ when applicable. That might be associated with any idea of egotism, in accord with the French saying, known as: ‘Le moi est haissable’ (The ego is detestable).

When somebody or something stands on our way of following God, we call it an obstacle. The liturgy of the word today teaches us about things we must do in order to follow God and seek his glory directly or indirectly in our either dedicated life or married life. First, Jesus teaches us about things we do as to seek God’s glory directly. Upon reading the first verse of today’s Gospel, we have the impression that Jesus came to abolish the fourth Commandment. The fourth Commandment reminds us to honor our father and mother. Yet in today’s Gospel, Jesus said: Whoever loves father or mother more than me, is not worthy of me (Mt 10:37).

When Jesus said this, some of his disciples such as John and James had already abandoned their families to follow Jesus. Thus, we can see that John and James loved Jesus more than they did love their father. Saint Perpetua was arrested after she had been converted to the Catholic faith. She was threatened with death unless she abandoned her faith. Her father visited her in prison carrying her child in his arms, pleading with her to renounce her Christian faith.

However, even her love for her father and her child was not strong enough for her to abandon her faith. Many other saints have chosen to accept their faith in God and dedicated their lives to God for the Kingdom of heaven despite the objection of their family members. In order to follow the Lord, they had to cut off worldly attachments. In fact, the meaning of God's word today is God wants us to put the right priority of values for our lives so that we can give priority to God and the work of God.

That is what the Christian martyrs did by shedding their blood for their faith in God. They rather obeyed God than did their earthly rulers. They accepted death for the love of God rather than for the love of money, power, and earthly goods. They believed in God's words: Whoever loses his life for my sake, will find it (Mt 10:39).That is why St Paul could say as we learn from his letter to the Romans: If, then, we have died with Christ, we believe that we shall also live with him (Rom 6:8).

Secondly, Jesus teaches us to do things for the glory of God indirectly, i.e., to do things for others in Jesus’ name. The Gospel shows us God has a close relationship with his people because people are created in God's image (Gen 1:27) and redeemed by the blood of his son Jesus (Mt 26:28). Jesus has a close relationship with those, who preach the gospel of salvation, when he said: Whoever receives you, receives me (Mt 10:40). He also said: Whoever receives a prophet, because he is a prophet, will receive a prophet's reward (Mt 10:41). This word of Jesus refers to a story of Elisha in the second book of Kings.

When the Prophet Elisha went to the region of Sunam, he was invited by a wealthy widow to have supper at her home. Moreover, she also suggested to her husband to build a room in the upper floor so that each time the prophet would pass by he could have dinner at their home, because she recognized he was a holy man of God. The Prophet's reward reserved for her was to promise her that she would conceive in her own age. The widow had no thought of any personal gain when she made a room for Elisha in her home.

Thus, we can see things we do for God and others seem to be lost, are beneficial and profitable to us, if not materially, then spiritually. We believe so because Jesus himself promised as such. We know it is so because their lives have been transformed by these apostolic works of charity and service. Even a small work of charity is rewarded: To give a cup of water to one of these little ones to drink because the little one is a disciple, will not lose his reward (Mt 10:42).

That is what Lazarus, Marta and Mary did when they welcomed Jesus and the apostles on his missionary journey. That is what Mary Magdalene, Mary and Salome did when they followed Jesus and helped him when he was at Galilee. That is what Mary our Mother and some women did by their constant prayers with the apostles and for the Apostles after the crucifixion of Jesus. That is what many early Christians did, including Joseph, by way of selling land, properties and putting them under the feet of the Apostles, for distribution to each according to his/her needs. That is what so many faithful have been doing since the foundation of the Church by offering time, talent, energy, money and prayers to spread the Gospel message of salvation around the world. What have we been doing?

A prayer for knowing what to do for the glory of God:

Lord Jesus! We adore you; we bless you and glorify your name.

According to our human tendency

we only want to do things for our gain

Teach us how to do everything for the love of God and for his glory.

Sanctify our work, teach us to find meaning and purpose

in what we do so that everything we do

may be pleasing to God and acceptable to him. Amen.