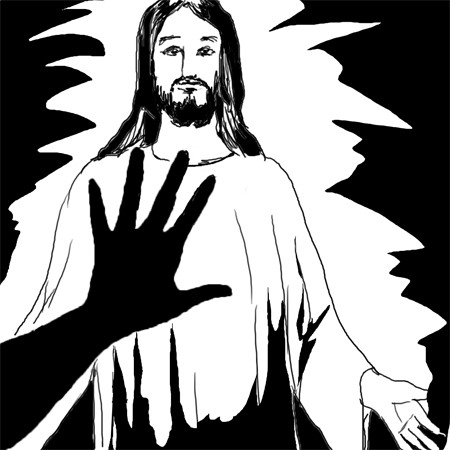 4 Sunday of Lent, Year B

Reading the Bible in the Old Testament, we have the impression that God of the Old Testament was a god of anger, god of punishment, god of revenge and god of retaliation, kind of a mean god. For instance, when his people turned against him, God flooded their land to kill their living creatures. When they did not obey his commandments, God sent drought to destroy their harvest and their produce. When his people were unfaithful to him, God sent pestilence to their land. When they abandoned God in order to worship alien gods, he punished them by using the pagans to carry out his punishments.

However, as soon as they were being punished, God’s prophets softened their voice. They told them that was the punishment of a loving and merciful God. As soon as the people repented their sins and reformed their lives, they were forgiven and allowed to return to their promised land.

The second Book of Chronicles is an example of God’s mercy. This Book was written about three hundred years before Christ, when the author could look back to the past in which people were unfaithful repeatedly. Repeatedly, they ignored God’s mediators, and persecuted his prophets (2 Chr 36:14-16). Until the point God could not stand it any longer, he allowed their enemies to attack them. The Babylonians came to destroy their land, killed hundreds and thousands of them. They destroyed their cities, burned their temples and forced the survivors to go into exile in Babylon (c.19-20).

However, God did not have the heart to abandon his people. God used Cyrus, a pagan king of Persia to rescue his people and bring them back to their promised land (c. 23). Therefore, we can see God’s punishments were not intended to retaliate, but to purify them and to heal them and to make them dependent on him. Today’s Gospel reminded us of an incident that happened in the desert on their way to the Promised Land.

Jesus considered the lifting up of the bronze serpent as his being lifted up on the cross so that everyone who believes in him, may not perish, but might have eternal life (Jn 3:16). Saint Paul who understood the history of the Old Testament exclaimed in his letter to the Ephesians today: God is rich in his mercy and love, that he has loved us so much so that when sin turned us to death, he saved us through His Son Jesus (Eph 2:4-5). We can say the Old Testament is tied to the ancient history of the Jews.

In other words, their ancient history was the Old Testament. Scattering all over the world, after the destruction of their Temple they still remembered their history especially the Passover. Those lost tribes two thousand years ago in Ethiopia or India still remembered their roots, even though those with black skin still wanted to move to their promised land.

In the last decade of the 20th century, the Israel government arranged with the governments of those nations in which Jewish people lived, to send airliners to bring them secretly to Israel for resettlement. Why did the Jewish people still remember God who punished them repeatedly? They remembered God for the Promised Land, for their being rescued from the Egyptian slavery, for the commandments given through Moses and for their being liberated from the Babylonian captivity and so on.

It was not just the chosen people in the Old Testament revolted against God. The history of Christianity has not been better, perhaps even worse. The new chosen people in Christianity added sin to sin, and they committed new sins such as abortion and pornography found in magazines, movies, television, even internet.

There are certain sins committed publicly, because they are considered life styles of the time. Each one of us also might have committed sin: sin against God, sin against neighbors, sin in thoughts, words and actions. God is God of mercy, kindness and forgiveness. However, we must admit our sins sincerely repent our sins, amend our lives and ask God for his forgiveness, and then his saving grace can be activated. Not to admit sin as sin, people do not seek a spiritual physician, and thus no medicine can heal.

Prayer for admission of correction:

Your punishment is not for retaliation and revenge

but for love of your people with purpose of correction

as to allow people to live.

Grant that I may admit my sin,

with determination to amend my life

as to return to live in peace with you. Amen.