4 Sun./ Easter, B: To know God is different from to know about Him. 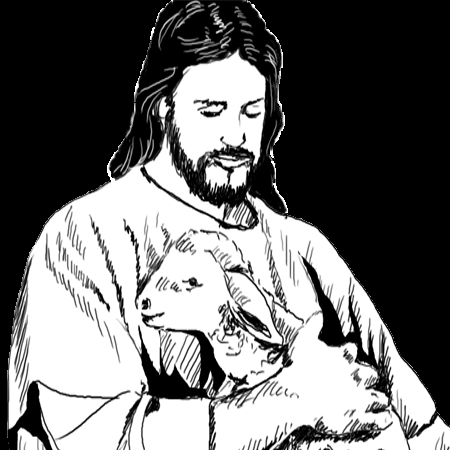 4 Sunday of Easter, Year B

Reading the bible, we can see that the Jews of the Old Testament were nomadic people. Their literature of the Old Testament books had many references to pastoral life. Jesus and the apostles also followed this tradition. He used pastoral images familiar to the people about pastoral work and shepherding such as wheat, vine, seeds, sheep, goats and birds, meadows with wild flowers to teach them the religious truth. Such images like a shepherd playing a flute or carrying his sheep on his shoulders can be found in catacombs.

In today’s Gospel, Jesus speaks to us: I know my sheep (Jn 10:14). Like a shepherd who knows his sheep: which one is sick, which one is lost, which one has any birth mark, Jesus also knows each one of us. He knows our secret thoughts, desires and feelings, our actions and our needs. That is what God said to us through Jeremiah: Before I formed you in the womb, I knew you (Ger 1:5).

In order to belong to Jesus’s sheepfold, Jesus wants us to know him as sheep know their shepherd’s voice and follow him, not a stranger’s voice: My sheep know me (Jn 10:14). What does it mean to know Jesus? In biblical language, to know God does not mean to know about him by reading the bible or studying his religion. To know God according to the scripture means a personal relationship resulting from God’s unique action in our lives. Jesus wants each one of us to know him that way.

In scripture, to know God is a personal relationship between God and his people initiated by the divine grace and the gift of the Law and the spirit of wisdom (Wis 7:7; 9) so that his people could recognize the way of God. To know God is to experience what God said and what he did in their life.

In the New Testament, to know God was understood as communion (1Jn 1:3) with God through faith and baptism. To know is different from to know about. We know about a person because somebody else has told us about that person or we have read his/her bibliography. As to knowing a person, we do not need to hear anybody else to talk or write about that person, i.e., we do not need a mediator.

A married couple does not need anybody to talk about him to her or about her to him, since the husband and wife relationship is the closest and the most intimate relationship of all the human relationships. Two close friends do not need a third person to introduce one to the other, since friends know each other rather well: abilities, limitations, health condition, good qualities as well as bad qualities.

The fact that Jesus calls us friends as he did called the apostles friends implies Jesus wants us to know him personally since he did reveal to us through the apostles what he had heard from the Father (Jn 15:15). To know God is also different from to know about God. One may know a lot about God by reading the bible and studying religious instruction, but it is not necessary that he/she knows God and believes in him.

People can be biblical professors or scriptural scholars, but it is not necessary that they know God. The first step that leads the way to know God is to eliminate obstacles from our lives. Those obstacles are sin and all kinds of vices such as pride, conceit, arrogance, selfishness, greed, sensuality, false accusation, fabrication, slander, maliciousness. A soul full of obstacles has no way of entrance for God and no room for him to stay. Obstacles in life block the grace of God. The result of removing obstacles from our lives is the spirit of repentance and the need for God. That is the first step in the process of knowing God. Participation in movements of spiritual renewal makes it easy for this process of the knowledge of God.

We know God when we realize Jesus’ death and resurrection have brought us his forgiveness and salvation. Convincing as such that Saint Peter could assert: There is no salvation through anyone else, nor is there any other name under heaven given to the human race, by which we are to be saved (Acts 4:12). We know God through his work of creation and the wonder in the universe and the beauty of nature.

We know God when we have conviction in our heart that God loves us, that he is our creator, redeemer and sanctifier and he loves us. That is the love of God for humankind which Saint John wants the faithful to experience: See what love the Father has bestowed on us in letting us be called children of God (1Jn 3:1).We know God through personal events happening in our lives.

We know God when we can see God is guiding us through the course of our lives and through the dangers of the world and the traps in life. To know God is to experience our steps of life lying in God’s providential care. Before coming to the stage of knowing God, there can be struggle, agony, complaint, dissatisfaction and wallowing in self-pity on our part. If that is so, we pray asking God to liberate us from this or that; or asking God to help us to be so and so.

At times God plunges us in the black mud or an abyss of darkness, and then lifts us up again to teach us a lesson of humility so that we can be dependent on him. Up to a certain point, we surrender ourselves to God’s will, without resistance, but offer to God those things which we have previously struggled, agonized, complained, dissatisfied and wallowed in self-pity so as to allow God to be in control.

We now offer to God all: body, soul and spirit along with our bodily senses in defect and unpleasant temperament, asking God to correct and rectify in his direction. Now, we feel the hands of God are guiding us step by step. The experience of knowing God is similar to the experience of two lovers. Although out of sight, they are not out of mind: still thinking of each other, missing the shadow of his/her love and the whispering voice of his/hers.

A story goes like this. When Saint Jerome was praying and meditating on the mystery of the Incarnation, Jesus appeared to Jerome asking him if he had anything to offer to him?

In response, Jerome said he would offer to him his heart. Then Jesus said: What else? Jerome said he would offer to him the Vulgata version of the Bible from the Greek language. Jesus asked again: What else. Jerome said there was nothing else. Jesus said: What about your sin. Jerome said he would not dare to offer to God his sin. Jesus told Jerome to offer even his sin to him so that it may be purified and forgiven. What other sins of Jerome, of which we are not aware and we do not want to know. As for his sin of quick temper which was known to scripture scholars. Quick temper, yet he was also quick to repent and to amend his sin. A certain pope of the renaissance seeing a picture of Jerome holding a stone to beat his chest remarked: Holding the stone was a good deed for you to show your repentance. Otherwise, the church would never canonize you.

To know about God, about scripture or the religion still keeps a person being an outsider.

To know God is when we invite him into our life so that we may become the insider in the inner circle of God’s house.

A prayer for the grace to recognizing God:

Lord Jesus! You want your disciple to know you

as the sheep know their shepherd.

Grant that I may eliminate those obstacles from my life

and seek to live according to your will

so that I may recognize your voice talking me.

Grant that I may feel your presence and your love

in my life and around me. Amen.