1 Sun. / Lent, B: Being faithful to the baptismal Covenant 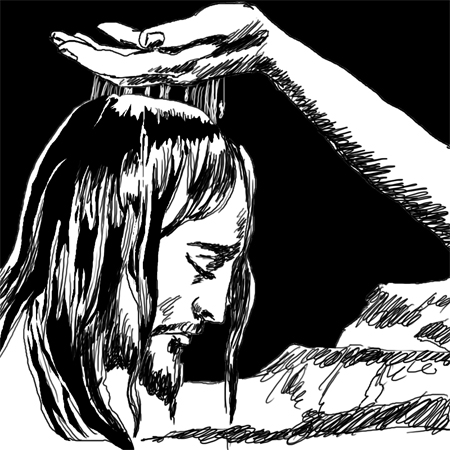 1 Sunday of Lent, Year B

In the biblical times, every important love relationship between God and his people was called a covenant. The biblical covenant is different from a contract between parties, or an agreement between nations. In a contract or an agreement, one party or one nation can be stronger than the other can, but they are on equal footing. If one party or nation breaks the contract or the agreement, the other does not have to keep it. In the biblical covenant, God always initiates a covenant by showing his love toward his people. The covenant is unilateral on the part of God. God invites his people to respond to his love.

The first covenant recorded in scripture was the covenant between God and Noah as God said to Noah: I am now establishing my covenant with you and your descendants after you and with every living creature that was with you (Gn 9:9-10). The Book of Genesis today tells us after God had saved the family of Noah from the flood, God set the rainbow in the clouds to serve as a sign of the covenant (Gn 9:13) between God and Noah, meaning the storm was over and the flood subsided.

Most important of all was the covenant God made with his people when He gave the Ten Commandments on Mount Sinai in the Old Testament (Ex 20:1-21). This covenant was ratified by the sacrificial blood of young bulls, which Moses used to sprinkle over the people (Ex 24:8). Through our ancestors and the prophets, God always reminded his people of being faithful to their covenants. However, his people seldom kept their covenants with God. They were often unfaithful to God and betrayed him. At the end, God made the lasting covenant with his people through his Son. This covenant was ratified not with the blood of sheep, but with the blood of his Son Jesus as we hear the priest celebrant pronounce Jesus’ words of consecration of wine at mass: The blood of the new and everlasting covenant. It will be shed for you and for all so that sins may be forgiven (Mt 26:28; 1Cor 11:25). In his first letter, Saint Peter draws a parallel between God’s covenant with Noah and our baptismal covenant with God.

According to Peter, Noah’s rescue from the flood was a sign of our being rescued in the water of baptism (1Pt 3:20-21). Today the Church wants to remind us of an event that happened to us when we were infants: that is baptism. Psychologists often emphasize what we have experienced, even at the early age, has influenced our present life.

Baptism was the big event. Either we were baptized as infants or as adults, we have to find out the meaning of it and live that meaning. Thus, the sacrament of baptism is the covenant between God and the baptized. In baptism, God offered his love and mercy, and we promised our life of fidelity. It has become the custom for the Church to baptize catechumens during Lent.

From the beginning, the Church required catechumens to spend the entire season of Lent, in preparation for adult baptism at the Easter Vigil. The Church establishes the season of Lent of 40 days to remind us of 40 days and nights Jesus fasted and prayed in the wilderness and was tempted by Satan (Mk 1:13). These days, the Church encourages us to keep the spirit of Lent: a time of prayer, penance and works of charity. Lent is a time to help us reject sin and do penance, a time to amend our lives and return to God. To prepare for the Sinai covenant, Moses fasted for 40 days (Ex 34:28; Dt 9:9). Elijah fasted for 40 days on his journey to Mount Horeb (1Kgs 19:8). John the Baptist also fasted before he was called to prepare for the coming of the Lord by calling people to a baptism of repentance. Thus, the faithful fast not as a separate action, but fast in communion with Jesus’ fasting and in relation with the fasting of prophets and in support of other fellow faithful. At the Easter vigil, the Church invites us to renew our baptismal promises, that is to reject Satan and sin and all his empty promises.

Satan was mentioned 57 times in the Bible. The four gospels mentioned Satan 14 times. Thus, Satan is real. He is the chief devil. He was allowed to tempt human beings even Jesus. The devil – either he or she-devil - is determined to lure people more often to his kingdom of darkness. According to spiritual directors and the teaching of Saint James, if we say no to Satan decisively, the devil will take flight (Jas 4:7). At the end of our baptismal promise, the priest celebrant sprinkles the holy water over us to remind us of the water of baptism. In order for our renewal of the baptismal promises not to become meaningless and empty, we need to live the spirit of Lent: that is the spirit of prayer, penance and charity.

Oh, Lord our God! You allowed Satan to test you

and you overcame their temptations.

Forgive me for the times I did not avoid

‘the near occasions of sin’,

and for the times I yielded to temptations.

Teach me to exercise myself spiritually

so that I may fight temptations. Amen.