5 Sun. / Lent, B: If the grain of wheat dies, it produces much fruit 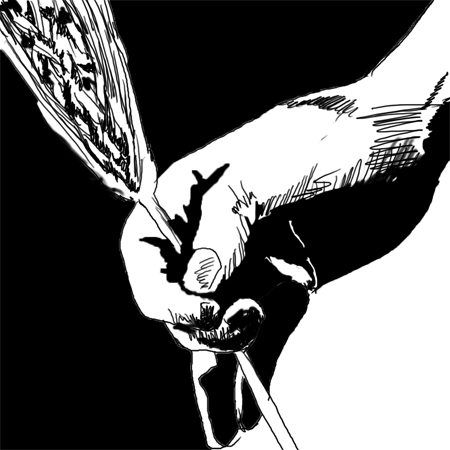 5 Sunday of Lent, Year B

Jesus’ reputation at this point must have spread like foaming wave, since he raised Lazarus already dead for four days to life at Bethany about two miles from Jerusalem. That is why some Greek pilgrims asked Philip who had a Greek name if they could see Jesus, perhaps with expectation to have sympathy from a person of the Greek name. Philip again asked Andrew who was also Greek for advice. These Greek were not Greek speaking Jews, but the Greek living in Palestine, were sympathetic with Judaism and they must have heard of Lazarus’s being raised to life by Jesus (Jn 12:17). Before the Roman colonization of Israel, the Greek set foot in here already. The Greek were famous for their love for philosophy, architecture and arts. Perhaps for this reason, they went to visit the temple of Jerusalem with grandiose and magnificent architecture and to see Jesus.

On this occasion, the high priests and the Pharisees were looking for opportunities to kill Jesus because they were afraid of his influence. The gospel recorded, they were afraid the whole world had run after him (Jn 12:19). Jesus responded to the Greek indirectly when he told the apostles: Unless a grain of wheat falls to the ground and dies, it remains just a grain of wheat; but if it dies, it produces much fruit (Jn 12:24). At first hearing, we think this statement is ordinary, since everyone who observes, will see that way. However, Jesus not only speaks of the process of physical changes in plants and trees. This law can also be applied to human beings in terms of physical, mental and spiritual lives.

The Gospel tells us Jesus prays with his troubled soul: My soul is troubled now, yet what should I say – Father save me from this hour. But it was for this that I came for this hour (Jn 12: 27-28). When Judas objected to Mary’s anointing of Jesus’ feet with genuine aromatic nard and drying them with her hair (Jn 12:3), Jesus already implied his own death when he told people to leave her alone so as to keep the perfume against the day of his burial (v. 7). Jesus also implied he would be put to death by being lifted up from the earth (Jn 12:32), meaning on the cross.

Through the prophet Isaiah, God promised to make a new and lasting covenant with his people, to replace the old covenant on Mount Sinai, which his people did not keep. This new covenant would not be written on a stone tablet, or ratified by the blood of sheep or lambs, but by the blood of his son. That is the meaning of the consecration at mass: This is the blood of the new and everlasting covenant, which will be shed for you and for all men so that sins may be forgiven.

According to Saint Paul’s letter to the Hebrews, obedience and suffering are part of the new covenant (Heb 5:8-9). The message which Jesus came to proclaim in the new covenant brought him to death. Yet by obedience, God raised him up on the third day. Jesus as God cannot suffer and die. He suffered and died only in his human nature.  When he rose, he also rose in his human body. As for his divine nature, the Second Person of the Trinity is the same, no more or less, no addition, no subtraction, not subject to death and resurrection.

According to the physiological principle of selection and rejection, what enters, must come out. Otherwise, it will be stagnant. According to the economic principle of supply and demand, if there is import, there must be export of goods. If not, the state does not have foreign currency. As for psychological and spiritual aspects of life, there is also principle. When we live only for ourselves, not giving away, our relationship with God and with others will become stunted. All those principles of economy, psychology, spirituality were implanted in the universe and in the human life.

To share in Jesus’ new life, one has to go through the human process of life: birth, aging, sickness and death. What the Christian martyrs did was, to accept death for faith in God  as to rise to a new life. However, only a few had the privilege to die for faith. Most people die naturally. Death can be understood in a figurative sense. Some writers also used a notion of death in a figurative sense such as ‘parting is dying to self a little’ to express an emotional and mental loss.

A prayer for dying to sin:

We thank you for coming into the world,

accepting suffering and death on the cross

in order to save us from sin and death.

Grant that I may be willing to die to sin

and all kinds of vices

so that I may rise with you in glory. Amen.