5 Sun. / Easter, B: As a branch remains on the vine to bear fruit 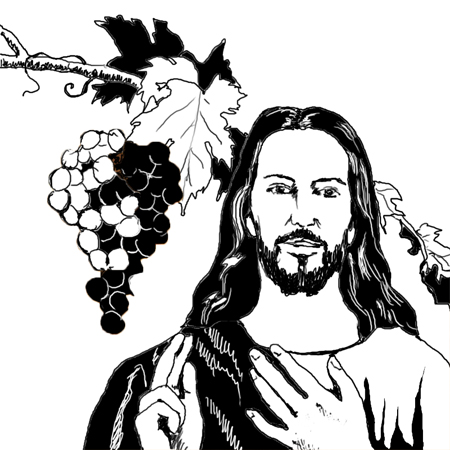 5 Sunday of Easter, Year B

To help his disciples understand their relationship with God, Jesus used familiar images to convey his message of the gospel and teach them a religious lesson. In the gospel of last week, Jesus used the image of sheep and shepherd to explain the relationship between God and his people.

In today’s gospel, Jesus uses the image of the vine and its branches to convey a unity, or more precisely a communion between God and his people. Jesus compares himself to the vine, God the father to the vine grower and his disciples to the branches. Vine farming was not rare, but rather popular in Palestine. Before bringing the chosen people to the promised land, Moses sent men to explore the land of Canaan (Nm 13:2) and they brought back a branch with a heavy bunch of grapes on it (Nm 13:23). God’s people were frequently likened to a vineyard that he planted (Ps 5:7).

The branches that are attached to the vine, do not bear fruit are cases when we are only nominal Christians, when we practice our faith in a mechanical way and in a routine fashion. When our lives are full of sin, injustice, then how can we bear spiritual fruits? We could be born Catholics, baptized as infants. However, if our faith life is so sluggish, how can we bear spiritual fruits? We can join this Catholic organization or that Catholic movement. However, if our membership is only nominal, how can we bear fruits?

For the vine to bear more fruits, the farmer has to pesticide bugs and insects lest they do harm to the vines and grapes. He also needs to prune away barren branches so that more sap can flow into the fruitful ones. These branches were also propped up with forked sticks so that bunches of grapes could get air and sunlight and thus could produce even more fruits. In a similar way, to be more fruitful, we need to trim away sin and vices from our life so that the grace of God may permeate every aspect of life and thus would yield fruits that are even more spiritual.

Prayer for being united to God:

As a branch is united to the vine,

you want us to be united with you.

May I remain united with you

by avoiding sin and obeying your Commandments

as to remain in your grace

and to bear spiritual fruit in our lives. Amen.