Christ the King, A: Facing the judgment throne

The Solemnity of Christ the King, Year A 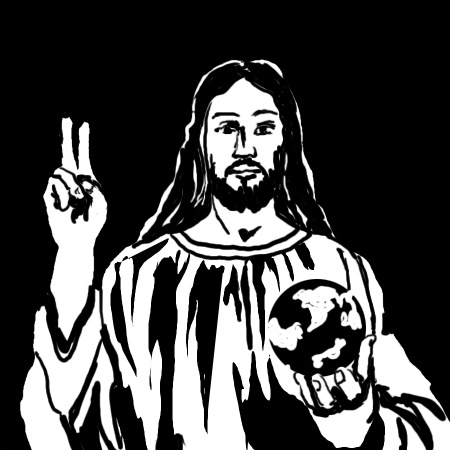 The Church established the feast of Christ the King at the end of the liturgical year to show us that Jesus is not only the origin of all things, but also the end of everything. That is what Jesus revealed to John the apostle in the Book of Revelation: I am the Alpha and the Omega (Rev 21:6; 22:13). It means Jesus is the first and the last, the beginning and the end.

According to the Book of Revelation, Jesus is Lord of all lords and King of all kings (Rev 17:14) for he has overcome sin and death. All kings are subject to death, and nobody can rise by himself. Christ the King accepted death and after three days overcame death by his resurrection. That is why in his letter to the Corinthians, Saint Paul preached Christ's sovereignty: Christ has been raised from the dead, the first fruits of those who have fallen asleep (1Cor 15:20)'. By accepting the sovereignty of Christ, King of kings Lord of lords, many Christians was ready to shed their blood to bear witness to their faith. In the Nicene Creed, we profess with the Church: He will come again in glory to judge the living and the dead.

On the Day of Judgment, Christ will appear as King and supreme Judge. As King, Christ must reign until he has put all his enemies under his feet (1Cor 15:25) as Saint Paul expresses it in his letter to the Corinthians today. As Judge, he will separate the sheep from the goats (Mt 25:32) as Saint Matthew tells us in his Gospel. The sheep and the goats were fed in the same meadow. At night, they were kept in separate enclosures and they were separated at market. Christ' kingdom is seen clearly through the image of the good shepherd. According to the Book of Ezekiel, the prophet complained about the deeds of priests and kings of Judah, who neglected to take care of the sheep, his chosen people.  Ezekiel predicted that God would come to bring back the lost sheep: I myself will look after and tend my sheep. As a shepherd tends his flock when he finds himself among his scattered sheep, so will I tend my sheep (Ez 34:11-12)? The Church attributes the above words to Jesus, the shepherd king. When taking our human nature and dwelling among us, Jesus himself gave us an example of service by washing the Apostles' feet and taught us to wash one another's feet.

The Old Testament and the New tell us about the Day of Judgment. The criterion for the final judgment is love, charity and service. In his teaching, Jesus identified himself with the least of his people: Whatever you did for one of the least of my people, you did it for me (Mt 25:40). Thus, the Gospel shows us membership in his kingdom requires responsibility to serve others as Christ did. Christ shows us that besides the vertical relationship between what is divine and what is human, that is between God and his people; there is another relationship - a horizontal relationship - between people and people. People are the masterpiece of God because people were created in God’s image (Gen 1:26-27) and redeemed by the blood of his Son Jesus (Heb 9:12).

One of the conditions to join the kingdom of God is our service and charity as Jesus said: For the Son of man has come, not to be served, as to serve (Mt 20:28). Now back in heaven, Jesus needs our heart to soothe human suffering. He needs our hands to bandage up human wounds and feed the hungry. He needs our feet to go visit the sick and the imprisoned.

According to Jesus’ teaching, then in the final day, people will be judged according to their responsibility toward those needy and unfortunate. Punishment will be inflicted on those who do not help and serve those unfortunate. That is the punishment for the wealthy person who refused to help and serve Lazarus (Lk 16:19-31). The Catechism of the Catholic Church also teaches us: The Last Judgment will reveal even to its further consequences the good each person has done or failed to do during his earthly life (CCC # 1039). Perhaps so far, we tended to confess only what we did wrong. To remind us of Jesus’ teaching, we have to confess what good we have failed to do for others also.

A prayer for merciful judgment:

according to your image and saved us

with the blood of your Son.

Teach me to recognize your presence in the hungry,

the homeless, the naked, the sick and the imprisoned.

Forgive me for the times I blinded my eyes

and covered my ears before the human misery

by my selfishness and laziness.

Grant me a heart that is touching

so that I may respond to the needs of others. Amen.