6 Sun./ Ord, B: Asking to be free from isolation physically and mentally 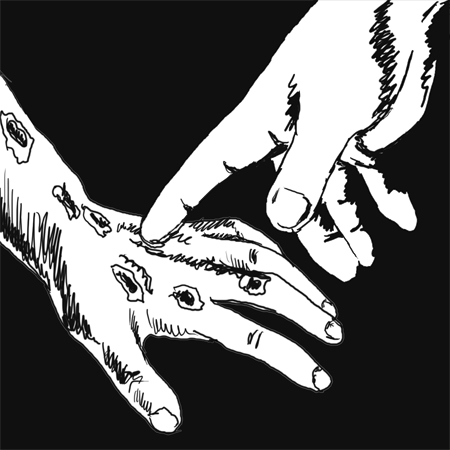 6 Sunday of the Year B

In biblical times, people had an intense fear of leprosy, similar to our fear of incurable diseases such as cancer or aids. Besides, being struggled with the disease of bodily destruction, a leper had to suffer another kind of severe punishment that is he was considered a social outcast. The leper at the time of Jesus was forced to live in isolation away from the healthy since the disease was considered contagious and incurable. The Book of Leviticus tells us: He shall dwell apart, making his abode outside the camp (Lv 13:46).

If he met a healthy person on the road, he was required to cry out that he was unclean (Lv 13:45) as a warning. Besides, the leper was not permitted to enter a public place of worship because leprosy was considered ritually unclean. That was the reason why the leper in today’s Gospel decided to meet Jesus in order to ask for healing: If you wish, you can make me clean (Mk 1:40. Moved with pity, rather than horror, Jesus reached out and touched him saying: I do will it. Be made clean (Mk 1:40).

Reading the poems of Han Mac Tu, who was afflicted with leprosy, expressing his affliction and sorrow, we could understand the suffering, loneliness and desperation of the lepers. At the end, the poet found reliance on God and comfort in the Blessed Virgin.

Reading a story of Father Damien Joseph de Veuster, an apostle of lepers in our times, we were moved and touched deeply. When the Bishop of Hawaii told the lepers in the Island State that Father Damien volunteered to come and serve them, Father Damien was shaken with fear when he saw them come and touch him. The Bishop explained to Father Damien that the lepers could not understand why a man from the distant land of Belgium, born in 1840, healthy and handsome, not afflicted with the disease of leprosy, could come to serve them in this miserable, deserted place.

They did not believe with their eyesight. Thus, they came to touch his body to see and check it out for themselves if he was afflicted with the leprosy. Then they said to one another he was not. He was healthy. Gradually, Father Damian got along with them and did not feel horrible as he did on the first day. One day, Father Damien had himself contracted with the disease, and died in 1888 [1].

Another apostle of lepers in our times was Archbishop Cassaigne. He resigned his position as Archbishop of Saigon, Vietnam to serve the montagnard lepers at Diling, Vietnam. He wrote back to France, his birthplace, reporting: When pimples began to break, making people feel disgusting, lepers were unable to take care of themselves, they were put in the jungle alone, lonely, hungry to death.

At the end, Archbishop Cassaigne also died of leprosy. The love of Christ has also urged many religious women and laypersons as Sister Maria Goretti and Anna Xuan to serve in lepers’ colonies in Vietnam. Sister Nguyen Thi Khuyen, after 20 years of service in the lepers’ colony of Jalai, Vietnam, contracted the disease and died [2].

When bishop Fulton Sheen, an eloquent preacher on TV saw a beautiful flight attendant on a Pan-Am flight, he said to her if she had done anything to thank God for her beauty? Later on, she went to ask the bishop what she had to do to give thanks to God. Caught by surprise without preparation, the bishop suggested that she go to Vietnam to help archbishop Cassaigne serve lepers for a certain period. Feeling depressed about the suggestion, she left without saying good-bye to the bishop. Then in 1963, it was reported in the newspaper in Vietnam that a flight attendant, young and beautiful, from PAN AM volunteered to serve the lepers at Dilinh for six months.

In our days, there are still priests, sisters and laypersons serving them. In the World Day of Leprosy, January 29, 2006, Pope Benedict assumed that leprosy was caused by poverty and hunger. He called the international community to help eradicate the cause of the disease. When travelling, if occasion permits, we can visit one colony of lepers, with mind and eyes open to observe and think, we will see our lives change.

We will find ourselves commit sin less and less in thoughts, words and actions. We will wonder why those people dare to forget themselves and give themselves to serve. Spiritual directors and writers often compare sin to some kind of spiritual leprosy. If leprosy isolates lepers physically, then sin also isolates sinners, making them isolated in spirit and soul. Sin hurts the relationship with God and people. There are certain kinds of sin that make us feel ashamed to go to church and receive communion. Sin also hurts relationship with people and with the community. When sinning, we tend to avoid people because of shame. Others also want to avoid those who sinned against them because they were victims, and do not want to become victims again.

In order to get away from spiritual sickness and isolation, we need to seek out Jesus in the Sacrament of confession. Those who do not admit their illness or sin will not summon the physician. They are beyond healing.

A prayer for the lepers and those who serve them:

Oh Lord, you came to heal the leper.

We ask you to heal leprosy in our times.

Grant that they may put faith, hope and trust in you.

Enlighten the mind of doctors and scientists

so that they may discover medicine for the disease.

As for those who serve them,

we ask you to be their strength and patience

and keep them from contagion. Amen.