22 Sun./Ord. B: God’s law given foe the betterment of man 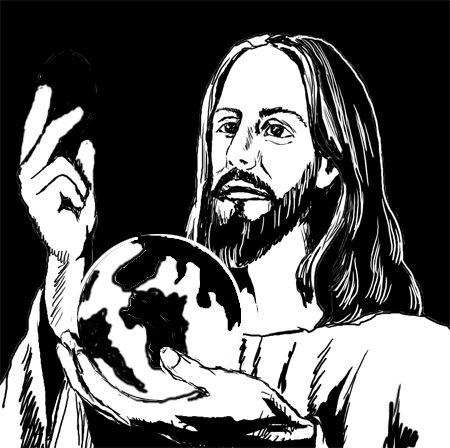 God’s law was designed to guide people and to remind them of walking in the way of justice and holiness as to better the way of life. The purpose of observing the law is to liberate people from living by instinct and to avoid following the law of the jungle. That is why in the book of Deuteronomy, Moses told the people: Hear the statutes and decrees, which I am teaching you to observe (Dt 4:2).

According to Moses, thanks to observation of the statutes and decrees, they will give evidence of their wisdom and intelligence to the nations (Dt 4:6) since they have their God to be close to them and guide their way of life. However, the Pharisees and scribes attempted to put heavy burden on the people with so much trivial rules of their elders. The Pharisees were a religious sect within Judaism, mentioned frequently in the gospels. According to Josephus, Jewish historian, there were about 6,000 Pharisees in Herod’s time. The Pharisees tended to criticize Jesus and oppose him and his disciples.

Saint Paul was a former Pharisee. Nicodemus (Jn 3; 7:45-48) and Gamaliel (Acts 5:34) were also Pharisees. The scribes were scholars and intellectuals in Judaism. They received the titles of rabbi or master. They did not belong to any political or religious group. However, in reality, many of them were Pharisees and they showed attitude and actions criticizing and opposing Jesus like the Pharisees. In today’s Gospel, the Pharisees and Sadducees observed some of Jesus’ disciples eating meals without having washed their hands. Their concern was not with hygiene, but with external religious practice. They emphasized the external washing of hands, without any concern for internal purification of souls.

Therefore, their washing of hands was an empty act, and had no spiritual meaning and value. Thus, Jesus warned against the hypocrisy of the Pharisees and scribes because they had made external observance of the law for the sake of law keeping. According to the Jewish oral, traditional law of the Talmud, ritual washing of hands before eating was not obligatory for everyone, but only for the Jewish priestly class. The Talmud’s collection of the Jewish oral, traditional law was not recorded in the written collection of the Torah’s law, also called the Pentateuch, the first five books of the bible.

Jesus warned the Pharisees and scribes for their having wandered away and tried to enslave people with the tradition of the elders. They observed the law externally and their hearts were far from God, far from accepting Jesus and his teachings and his commandments of love. In today’s Gospel, Jesus warned the Pharisees and scribes because they disregard God’s commandments but cling to human tradition (Mk 7:8a).

Jesus quotes Isaiah to scold them: This people honor me with their lips, but their hearts are far from me (Mk 7:6). Jesus also uses this occasion to teach the people and his disciples that only what comes out from within can defile a person, such as: Evil thoughts, unchastely, theft, murder, adultery, greed, malice, deceit, licentiousness, envy, blasphemy, arrogance, folly (Mk 7:21-22).

Jesus’ warning toward the Pharisees and scribes in today’s Gospel should remind us of welcoming different opportunities to examine ourselves and check up on ourselves. The result of this self-examination and self-check of our spiritual life might please or displease us. However, we must be true to ourselves that is to accept the truth about ourselves even when it hurts. If we examine ourselves, we may discover that some of the hypocrisy of the Pharisees may be found in our spiritual life.

To keep the law for the sake of law-keeping makes the law motionless and immutable. To keep the law out of love makes the law transforming and fruit bearing. Keeping the transforming law bears fruits in life. As for a pious son and daughter of God, the keeping of God’s law and seeking his will not for the sake of law keeping, but for the love of God, must be our aspiration. The reward for keeping God’s law and doing his will is peace. In his will is our peace.

Prayer for change of mind and soul in keeping God’s law:

Oh Lord, our God! You know everything.

You deserve our worship, praise and love.

Forgive me for the times I worshipped you with my lips

but my heart was far away from you.

Help me to do everything for the love of you

so that my prayer may go with my action

and my life may bear fruits. Amen.