24 Sun. / Ord. B: Through suffering to resurrection 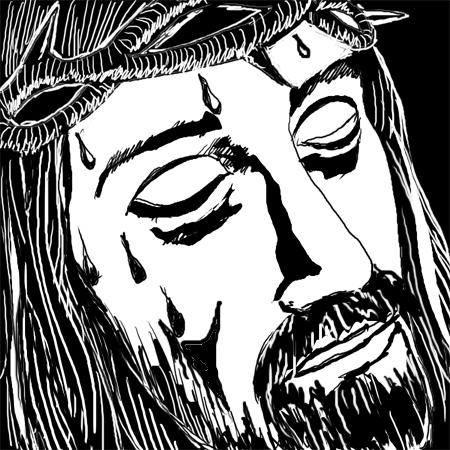 24 Sun. / Ord. B: Through suffering to resurrection

According to Jewish tradition at the time of Jesus, people tended to foster a secular view on a messiah. They expected a messiah to be a political leader, a social reformer, and a military conqueror, capable of overthrowing the Roman rule and making their nation number one: rich and strong. Even the apostles, who had followed Jesus for three years, listening to his teaching and witnessing his miracles, still fostered their wrong idea about the messiah.

Up to that time, Jesus wanted to know how people saying about him when he asked: Who do people say that I am (Mk 8:27). After they had told him about the titles, which people attributed to him such as John the Baptist, Elijah or one of the prophets, Jesus wanted to know how his apostles thought of him. Peter, representing the apostles, responded: You are the Christ (Mk 8:29).

With his knowledge of fishing career, how did Peter recognize his master as the Christ? According to the Gospel of Mathew, Peter also considered his master as the Son of the living God (Mt 16:16). Jesus said that God the Father himself revealed that to Peter (Mt 16:17). However, Peter has not yet understood his master’s mission and his way. In other words, Peter’s understanding about his master was limited and vague. The apostles could not think that his master could suffer. For the apostles, it was unacceptable to see their master suffer. Therefore, Peter tried to dissuade Jesus from suffering.

He wanted the Christ to follow the human way, meaning not to suffer. The reason for that dissuasion is the apostles did not understand the scriptures yet. They did not know that the suffering servant whom Isaiah talked about would be their master. In today’s gospel, Jesus also applied Isaiah’s prophecy about the suffering servant to himself.

To eliminate those wrong ideas about the messiah, Jesus immediately foretold his suffering and death he would endure (Mk 8:31). This was the first time Jesus made a prediction about his suffering and death. Later on, he repeated this twice. Thus, Jesus showed us a contradiction of Christianity. When we suffer for the love of God, we will gain a new life in God. That is why Saint Augustine put it: Where there is love, there will be no more suffering. If there is still suffering, that suffering will be accepted with love.

If we stop at suffering and cross, we would choose a dead end road and we would be stuck. To say so means when we suffer in body, soul and spirit, we need to go to the doctor and take medicine. Doctor and medicine are instruments God uses to facilitate his healing process. Sometimes God can heal human sickness and disease directly without human intervention or medicine. That way of healing is called miracle.

Thus, when we suffer physically or mentally and after we have sought medical help, and yet sickness remains, we need to learn how to bear it for the love of God to partake of Jesus’ suffering. Bearing suffering that way will become beneficial to our souls. To suffer as such for the love of God and for an expiation of sins: our sins and the sins of the world, our suffering will be united with the suffering of Jesus as to pray for the salvation of souls including our own. To bring a notion of love and a notion of expiation of sin to our suffering should make our suffering easier and bring meaning to our life. Being angry at somebody’s offensive words, attitude or behavior and yet we offer that anger to God, accepting it for the love of God or for a ransom of sins is similar to pouring cold water on the head.

To suffer like that is called redemptive suffering. To carry the burden of life requires a perseverant faith in God and a trustful love for God. Only by our meditation on Jesus’ suffering, our experience of suffering and by prayer, can we experience the meaning of Jesus’ words: Come to me, all you who are weary and find life burdensome, and I will refresh you (Mt 11:28).

Prayer asking to bear suffering for the love of God:

You accepted suffering and death for the love of God

and for the expiation of our sins .

I offer to you my suffering in body, soul and spirit:

my worry, fear, loneliness and sadness,

misunderstanding and hatred, loss and shame.

Come and travel with me and stay with me

as to transform my life. Amen.