8 Sun. / Ord. C: That we may khow oathers and ourselves 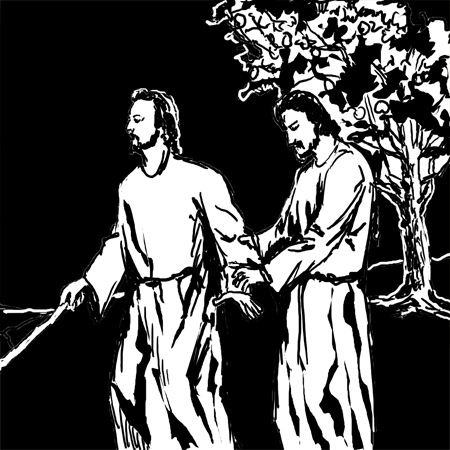 8 Sunday of the Year C

Reading the bible, there seems to be some contradiction. Sometimes Jesus taught something in this way; other times taught that something in the other way about the same subject. For example, when Jesus taught about giving good example, he said: One who lights a lamp does not put it in the cellar or under a bushel basket, but rather on a lamp-stand, so that they who come in may see the light (Lk 11:33). He also taught: In the same way, your light must shine before men so that they may see goodness in your acts and praise to your heavenly Father (Mt 5:16). Yet at other times, he taught: In giving alms, you are not to let your left hand know what your right hand is doing. Keep your deeds of mercy secret, and your Father who sees in secret will repay you (Mt 6:3-4).

In the ultimate analysis, there is no contradiction in Jesus’ teaching. In the above circumstances, Jesus tells us to have a good intention in doing religious and good works. When doing good and religious works, we must have intention to seek God’s glory and build his kingdom instead of seeking our glory.

The parable of the speck and the plank in today’s Gospel has become familiar with the faithful: Why look at the speck in your brother’s eye when you miss the plank in your own (Lk 6:41)? The image of this parable shows a degree of tolerance toward self, but hardness toward others has also become familiar with non-Christians for it has       entered the human literature.

The teaching of Jesus means that before we criticize others or want others to reform, we need to judge and examine ourselves so that we can reform ourselves. There is a Latin saying: Nemo dat quid non habet. There was a Chinese Catholic who prays as follow: O God please change the world for the better; but change me first. Give peace to the world; but first change me into your instrument of peace.

After self-examination, we will see the plank in our eye. That plank could be our arrogance, conceit, fame-thirsty, greed; selfishness and laziness that makes us blind and covers our spiritual eye-sight. That plank is the husks in the book of Sirach: When a sieve is shaken, the husks appear; so do a man’s faults when he speaks (Sir 27:4).

However, one may misunderstand the teaching of Jesus in the Gospel when one relies on this parable as not to give any constructive criticism at all, for fear of hurting others’ feeling, or getting involved, or losing one’s friend or one’s job, or being opposed in favor of wait-and-see policy. Even those, who are responsible in guiding the moral life of others, could keep silent before wrong words and deeds of their dependents.

On the contrary, if not being careful, we can pick holes in others, then condemn them and not to offer any constructive criticism. Constructive criticism is aimed to build; condemnation is to destroy others for self-praise. Condemnation is the result of arrogance, conceit, fame-thirsty that makes people blind, unable to see the plank in their eye. When we become blinded, we lose our way and lead others go astray as the Lucan passage points out: Can a blind man act as guide to a blind man? Will they not both fall into a ditch (Lk 6:39)? If we cannot see the plank in our eye, how can we guide and help others improve themselves?

A prayer asking to see the plank in one’s eye:

Oh Lord Jesus! You are the light of the world.

You know everything and you know my heart.

Let your light shine into my heart

and heal my spiritual blindness

so that I may see and get rid of the plank in my eye. Amen.